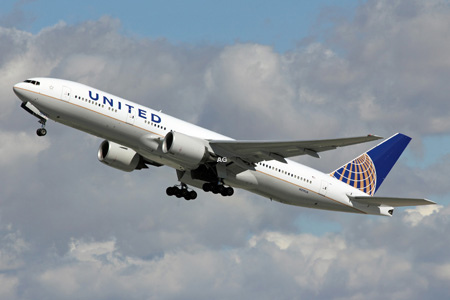 Much progress has been made with respect to the amount of film time that is captioned. The Federal Communications Commission has the following basic requirements:

Of course, there are some exceptions to closed captioning requirements, most of which have to do with undue economic burdens. I’ll talk more about that later.

As someone who relies heavily on reading subtitles or captioning when watching film, I’m supportive of any policy that requires them as long as the captions don’t unreasonably hinder my view of the screen. While there’s a slight distinction between subtitles and captioning, I will only refer to “captioning” here for the purposes of brevity.

Today, I will focus on captioning as it pertains to airlines. According to this page, they are only required on safety videos. Consequently, many people have voiced their concerns that airlines are failing to fully accommodate the hearing impaired by not having fully accessible videos.

My most recent captioning-related issue (that compelled me to write this entry) happened from flying to and from Honolulu, Hawaii on United Airlines. On my flight from Chicago to Honolulu, there were many small television screens, each of which was shared among eight to twelve passengers. Despite how the flight and total screening time lasted about nine hours, the only time that I saw full captioning was during the introductory video that lectures about safety and emergency on the airline. While I commend the airline for providing captions, it left much to be desired when the four movies that proceeded to be shown were not captioned. Passengers had to use a set of earphones to listen to the audio — something that would not be feasible or safe for me to use with my hearing aids and profound hearing loss. I ended up ignoring the movies entirely and wrote some blog entries on paper.

The return trip, also on United, was slightly better. This time, one of the flights was from Honolulu to Washington D.C., and on that one, all passengers received their own television screen in front of them. Still, it was difficult for me to obtain captioning. In fact, it took a little luck and some experimenting to figure out a workaround that got captioning on some, but not all, of the 170 movies offered (in economy class). I left the airline with an acerbic mood and a paper pad filled with the writing of what would become the foundation of this blog entry.

My Thoughts and Complaints

United Airlines is one of the largest airlines in the world, so I assume they at least can’t use financial destitution as a rationale for not providing fully accessible captioning. My hope is that, starting with the largest airplanes, whenever a movie is shown, captions are either (1) mandatory, or (2) optional but always accessible. This should be a policy that’s part of all passenger classes and does not depend on how much one has paid for the tickets.

Scenario (1) should happen on flights similar to the one I described from Chicago to Honolulu. Here, passengers share television screens. Viewers should not have to go through the trouble of manually putting captions on and then worry that others will turn them off due to umbrage or other reasons.

Scenario (2) should occur on flights like mine from Honolulu to Washington D.C., where each passenger gets his or her own television screen. For movies, captions should always be an option if their corresponding language is used in the audio soundtrack. A movie offering soundtracks in English, Japanese, and Spanish, for instance, should have English, Japanese, and Spanish captions as an option.

Obviously, I’m not saying these changes should happen at once. I understand that in this economy, airlines are operating under razor-thin profits. But progress has to start somewhere, and it has to move at a reasonable rate. I hope that the largest airlines can implement these changes on their biggest airplanes. It doesn’t have to be all at once. Perhaps all English captions should be imported, and then those in different languages if they are not there already. I’m not sure if captions are fully accessible for those passengers in first or business class seats, because I’ve never sat in those. But if they’re there, then good. That’s a start — it needs to be expanded to economy class. And the continuing accessibility trend needs to trickle down to as many small commercial planes as possible.

I’m a realist. Full accessibility is almost certainly never going to happen. But we can get as close to it as is reasonable.

As I mentioned earlier, I wrote part of this blog on my flight. Some of it ended up in a letter form that I sent to the Aviation Consumer Protection and Enforcement. I’ve decided to reproduce it below. Anyone else who feels compelled to take similar action, please do so. I appreciate relevant feedback and thoughts.

I am a twenty year old, deaf college student who has recently completed a round trip from Albany, New York, to Honolulu, Hawaii via United Airlines. As someone who cannot easily understand audio tracks, I am concerned over the lack of captioning on most of United Airlines’ movies and film clips. My hope is to raise attention to this issue and see if United Airlines can eventually add captioning to all clips shown on their television screens. My letter is not meant to single out and traduce United Airlines in particular; it is to address a common situation among many airlines in the hopes that at least one will be able to recognize the appropriate course of action.

I will focus primarily on my 9-hour flight (number 144) from Honolulu to Washington D.C. (Dulles) that took off on August 12, 2012. While walking to my economy class seat, I was ecstatic to see that each passenger had his or her own personal television screen. I anticipated being able to watch many of the movies stored in the plane’s database.

I immediately tried to see if I could obtain captioning or subtitles for the movies, and was disappointed when I couldn’t figure out a way to do so. A flight attendant confirmed my concerns after telling me she did not know how to get captioning.

I was not about to give up. Eventually, after a few minutes of tinkering and some luck, I figured out that there was a way to get captioning, but only on a certain subset of the movies. Out of the seven genres of movies United Airlines offered, which were New Releases, Action/Thriller, Classics, Comedy, Drama, Family, and World Cinema, only one category provided a guarantee of captioning. That would be the World cinema genre, accounting for 36 out of the 170 total available movies for me to watch. I suspect this is due to those movies being filmed in non-English speaking countries.

But this still means I am denied the ability to enjoy most of the movies offered. If it is not a huge burden to add captioning as an option to all movies, then this is a violation of the Americans with Disabilities Act, Title 47 (formerly Title IV) that deals with telegraphs, telephones, and radiotelegraphs.

Perhaps the most unfortunate realization of my experience on that flight was, in terms of accessibility for the deaf and hard of hearing, it represented a best-case scenario. I at least had the option to watch a smaller selection of movies with captioning, even if it did not include my top choice of movies to watch. I still have not seen The Hunger Games which was offered, but not captioned, on that flight.

I call this a best-case scenario because on most flights, I do not have that luxury of choice. I typically have to share a screen along with eight to twelve other passengers. And on the many flights I’ve been on in my life — my guess is a little over a hundred — I don’t think I have ever seen any movie shown that was captioned. An example of an experience like that was during my United Airlines flight from Chicago to Honolulu that occurred about two weeks earlier than the flight 144 I previously discussed. In that scenario, I am clearly denied the ability to enjoy the in-flight entertainment.

Thus, my experience as a flight passenger has often been frustrating. I hope to help push United Airlines in the correct direction. I commend them for at least getting captions on the introductory safety and security video. I only ask that these services get fully extended for all featured movies, whether they are on shared screens or part of a package for individual passenger screens. In the case of my experience on flight 144, I would guess that almost all of the non World Cinema movies offered multiple language audio tracks. If these services are provided, then what justification can be used to explain the lack of imported English captions?

I believe captioning needs to be mandatory on shared television screens during movies, and should always be an option if individuals have their own screens. At the moment, I am not going to ask the same for other audio services that I cannot understand, such as Passenger Announcements, since those are excluded under the Federal Communications Commission. Taken right from their page that deals with captioning:

But I believe that movies should not be an exception to captioning laws.

It was disheartening for me to see the vast majority of passengers watch movies that I would not be able to enjoy. In the first few hours of the flight, I made fake trips to the restrooms so I could observe how many passengers enjoyed the comfort of their movies and earphones. (My hearing aids prevent me from using earphones.)

My guess would be around ninety percent of all passengers, many of whom no doubt take their hearing for granted. By providing captions to all movies and videos on board, United Airlines will be taking an appropriate and necessary step towards increasing accessibility towards the deaf and hard of hearing.

I recommend reading the actual text of the Americans with Disabilities Act. Airlines should be covered under the ADA. They weren’t always, but I think a recent ruling in 2008 or 2009 changed the situation. That’s something I’d like to investigate further. Another interesting website to observe is the Aviation Consumer Protection and Enforcement, as linked earlier. They have a record of all recent disability complaints filed.