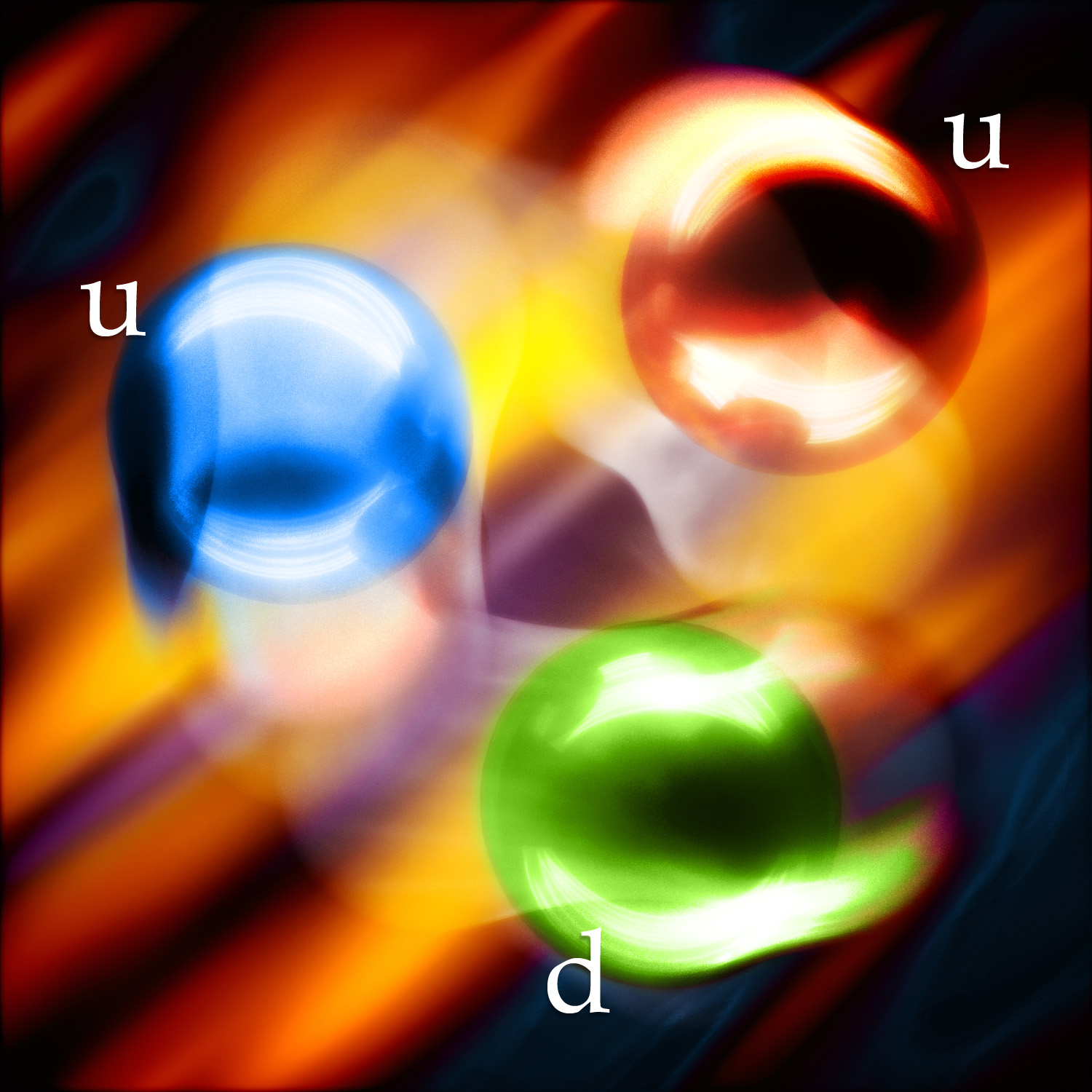 Many people have asked why I am drawn to computer science. I thought that instead of trying to come up with an answer extempore each time, I would put this in writing to provide a better quality explanation. I will place a special emphasis on how computer science can particularly benefit deaf people. (As well as those who are hard-of-hearing.) This post will probably be one of the few that I’ll regularly come back to revise in the future.

What is Computer Science?

Before delving deeper, we need to understand the definition of computer science. Before coming to college, I held the naive assumption that computer programming == computer science. But that’s far from the truth, even though many aspects of computer science involve programming. In the context of computer science, I view programming as a mechanism for expressing something that I have learned or have rigorously analyzed and derived. To modify a phrase my math professor once wrote, m**ost programs in computer science courses are mostly trivial. This means if you understand what you’re supposed to be doing, the programming itself isn’t all that challenging. There might be some syntax issues or compiler errors that you’ll have to deal with, but for the most part, those should be straightforward to correct. Analyze error messages and read documentation to find the fix, or ask on StackOverflow. The difficulty, as mentioned before, is understanding what you need to do conceptually before performing the application.

I asseverate that, in general, students take the two programming classes first, followed by algorithms and architecture in some order, and then as many of the other classes that fit their interests or are required. (In my school, programming languages and theory are required.) Architecture and algorithm courses are both crucial for a complete computer science education. Architecture focus on how computers function at the lowest level, discussing issues ranging from hardware to digital logic, while algorithms takes a more mathematical perspective and involves analyzing the efficiency of solutions to problems.

The programming classes tend to form the introductory courses of a computer science major because it is essential that students are acclimated to programming for the upper-level classes. Consequently, the primary objective for those beginning classes is to form a working program. For upper-level courses, creating a program is no longer the main bottleneck; they are simply necessary to carry out, express, prove, or support an experiment or project.

So hopefully I gave a nice introduction for those who aren’t familiar with computer science. With that in mind, we can focus on its benefits, with a bent towards the needs of deaf students. We’ll first talk about benefits within a collegiate or university setting, and then for post-college life.

In my opinion, it is much harder for deaf students to socialize among hearing students. There are a variety of reasons for this, the most notable of which is the barrier between speech and hearing. I believe that a good major for a deaf person will incorporate a significant social aspect to it. And that’s one of the ways computer science can help.

Many computer science courses allow students to collaborate together in groups on homework assignments or projects. I know of many classes, some of which I have taken, that required group work. This is already a boon, but it gets magnified upon realizing that computer science group works tends to be group programming, so most of the work is in text, which should not a barrier for deaf people. A strong group for a lengthy computer science project will utilize extensive code documentation and a journal of the group’s progress, all of which pose no more difficulty for a deaf person to follow and comprehend as compared to a hearing person. In the case of when no interpreters are around and a deaf person can’t communicate, the group can use their computers to quickly write down any necessary instructions or objectives.

A seminar is a class composed of small students who discuss on a certain topic, with the expectation that students will actively participate. They are predominant in the humanities where class discussion and participation play vital roles in helping a student better understand the course material.

But they are also disadvantageous to deaf students, and it’s fairly easy to see why. With class discussion, students can quickly take turns talking, and very often those who manage to raise their hands first will get the chance to participate. If a topic is particularly popular or heated, a deaf student may find it very difficult to participate as he or she will have to wait until understanding what the fellow students have said, and that gets delayed by the natural lag of sign language interpreters and CART as compared to normal hearing. Also, one of the more embarrassing things that can happen in seminars is if one makes a compelling and passionate argument, only to find that a student had previously provided those insights to the class. Of course, if that happens, a deaf student can explain that the misunderstanding came from the urge to quickly participate in the seminar format. But why be in a class that can offer that kind of risk?

It’s no coincidence that I enjoy lectures far more than seminars. But the good news for computer science majors? You (hopefully) won’t have seminars. My college has no seminars in computer science, and I’m sure many other schools are similar in that regard. It’s a different story if you’re one of the small fraction of students entering a Ph.D program and sign up to take a research seminar, but how many students do that?

Recently, there’s been a pleasant surge in the number of groups, mailing lists, organizations, and other entities designed to help support deaf students in STEM fields. I can personally vouch for the Summer Academy as a strong example of this. Briefly, the program was founded in 2007 by Richard Ladner and allows about ten deaf and hard-of-hearing students to attend a nine-week, residential program at the University of Washington in Seattle where they take one computer science class, one special animation class, have talks, and participate in field trips. The program is free for students.

Not surprisingly, diamonds like these don’t come around very often. The Summer Academy concludes with a community premiere, where students present their work and outline their post-graduate plans in front of an audience of about 100. Just by observing the audience, I could tell that many were middle-aged deaf residents of Seattle who were pleasantly surprised with what the program had to offer. A common theme in their sign language conversations was: “This kind of program never existed when I was younger!”

This network of support is assuredly a product of how today’s world has become unquestionably more accessible year by year. Sign language interpreters began to regularly populate schools with deaf students in the late 1900s, with more arising when The Americans with Disabilities Act was passed in 1990. Then again, it still took until 2007 and a well-known professor before the program got funding.

Aside from the previously mentioned Summer Academy, another possible resource for deaf computer science students is DO-IT (also related to the University of Wshington). I’m on their mailing list, and I regularly receive emails about technical internships where employers are targeting students with disabilities.

This is one of the benefits that can apply to anyone, not just a deaf person, but I will include it here as it can potentially be extremely useful. As a computer science major, you are required to know how to program. Even if you never have to program outside the class, having the ability to do so can help you in a variety of circumstances. You might, for instance, have a probability class that assigns questions such as “how many ways can we form a group of blue and red marbles if…,” and a simple Python program can verify your answer. At work, you might be casually wondering to yourself: if we can get about X new customers a day while keeping the same prices and retaining all previous customers, how much will we benefit? Again, just fire up a script on your terminal or text editor and do this. Obviously, this would mostly apply towards casual thoughts, but I find that having that kind of intuition helps me better understand the scope of a topic.

It is true that this previous advice is more useful as a reason to why you should take one computer programming class, rather than major in computer science. But inevitably, the more computer science classes you take, the more programming becomes an inveterate activity, and therefore, these “casual” programs are easier to write and can be applied to a wider variety of circumstances.

Being Computer-Literate in a Technological World

From the printing press to the scientific method to today, data and technology have been expanding exponentially. Thus, it is crucial that people understand what is out there and how it works. As an example, deaf people should be aware of the latest advances in cochlear implant and hearing aid technology. Just recently, a hearing aid was now upgraded to be completely waterproof. And by “just recently,” notice that the linked blog post is dated as January 21, 2013.

I claim that part of the responsibility as a computer science major is keeping up with the news on any latest advances in their field. Furthermore, especially if you understand electronics, you might be able to better understand the detailed description of a device, how it works, and its usefulness compared to other competing goods, all excellent qualities for the prescient buyer. And of course, you get to explain this to all your friends!

One of the biggest concerns deaf students may have is job accessibility. Sure, we can bank on the Americans with Disabilities Act to help us in a pinch. But why not avoid this trouble in the first place, and aim for companies that clearly have no issues in hiring qualified deaf employees? The good news is that there are  plenty of these in the computer science industry, such as Microsoft. A deaf employee there personally told me this: Microsoft is one of the most accessible companies out there. You can ask for an accommodation and you will get it. Also, as I said earlier, I am regularly informed of internship opportunities for deaf students in computing, so there are places reaching out. Perhaps computer science firms, a relatively new phenomenon in today’s world, are up to date on all the latest laws related to accessibility. For this, I commend them.

Hopefully this was an explanation that elucidates most of the reason why I decided to major in computer science. It’s not the entire reason, but then I would be going on and on about how theory is so scintillating, and that doesn’t quite help to spread the word about computer science. Part of my aim in this blog, for instance, was to explore connections between computer science and deafness. I hope this was a small step.