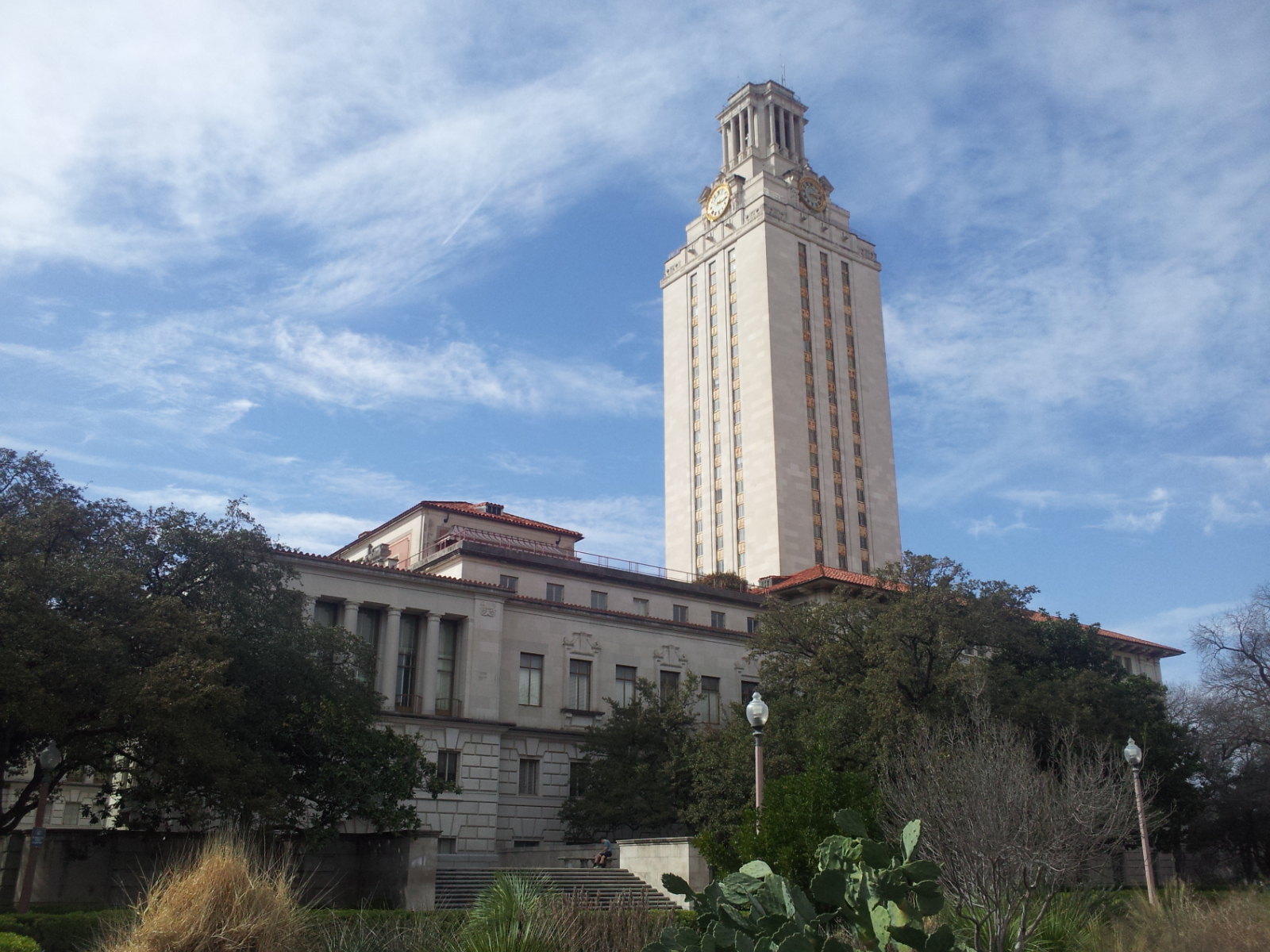 I  recently finished up a three-day stay in Austin, TX, in order to attend UT Austin’s computer science visit days (“GradFest”) for admitted Ph.D. students. This was my first of what will be four school visits.

UT Austin’s GradFest committee assigns each visiting student to a current graduate student who acts as a host and provides housing and transportation in Austin. They must have been paying attention carefully to my RSVP form because the committee chair sent me an email saying that another student at UT Austin had specifically requested me because he knew sign language and lived with someone who also knew sign language. That was nice!

I arrived in Austin at around noon on the first day of GradFest and went to my host’s house via the airport’s shuttle service. I might have been one of the first prospective students to arrive, since we didn’t have much to do until the school-sponsored dinner began at 7. My host briefly showed me around campus, took me out to lunch, and dropped me off at a coffee shop, where I had a meeting set up with a deaf linguistics Ph.D. student at UT Austin. I didn’t have any coffee of course (always hated that stuff), but we had a nice conversation about what life was like in Austin. My sign language must not have been too rusty, as she didn’t have any problems understanding me. She told me that accommodations at UT Austin are great, and that she’s generally had little trouble obtaining what she needed. I also learned that there was a decent academic deaf community in Austin.

Following that, my host took me to his cubicle and provided me with a computer since he knew I was super-busy with work. (I didn’t actually get any done.) By the way, UT Austin’s computer science department is housed in a brand-new building called The Bill & Melinda Gates Computer Science Complex and Dell Computer Science Hall, pictured below. 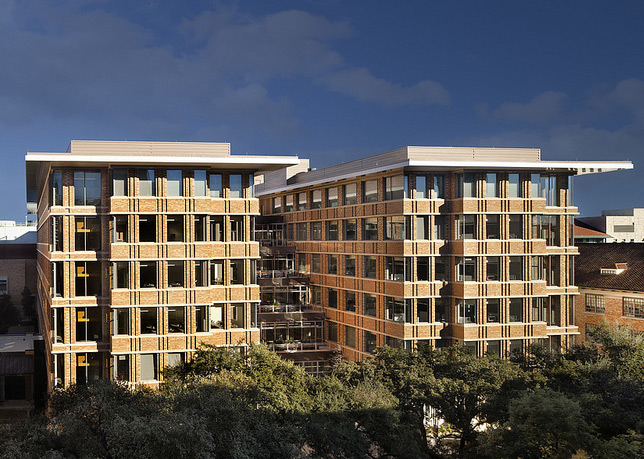 For anyone who’s worried about collaboration among different subfields of computer science, you definitely won’t have that concern with UT Austin. Previously, different computer science departments were scattered around several buildings. Now, they’re all together in one, making interaction among different areas much easier. Each of the floors is mostly the same, with lounges, computer science labs, offices, and so on. All faculty members have their own offices, with the rest being shared or assigned to postdocs. Ph.D. students are given cubicles in the area corresponding to their computer science subfield, so it’s very easy to talk to other graduate students. Cubicles are also located near the real offices, which I imagine is great for having quick chats and updates with professors.

I stayed in the cubicle area until evening, and then met with other prospective students and their hosts. We went out to dinner at some blazingly loud restaurant. If my host didn’t know sign language, I probably wouldn’t have said anything at all that night!

The second day of GradFest was the most important one. All the students got together in the computer science building to eat breakfast, do paperwork, and obtain schedules. I also met two sign language interpreters hired by UT Austin, who would follow me throughout most of the day.

Prospective students attended our choice of three faculty panels and as many lab “open houses” as we wanted. I attended the Artificial Intelligence, Theory, and the Data Mining and Machine Learning panels and took part in the Mechanized Reasoning and Analysis lab.

Perhaps most importantly, I also had four individual meetings with faculty members, which allowed me to gauge their interest in new students, their advising style, what they look for in new students, and other aspects. (Prospective students write on their RSVP their choices for faculty to meet.) One professor told me that one of the reasons why a new building was needed was because there are plans to increase the computer science faculty from 44 to 60. Certainly this could be reflected in UT Austin’s recent hiring spree, as there are four new faculty coming in this fall and the department is still hiring.

While I was at those faculty meetings, I was well aware that professors might gloss over the truth when talking to prospective students. Fortunately, just before dinner, we had a “Bull Session” with current graduate students which as one described, “is a place without any people in position of authority.” The graduate students were brutally honest when answering the many questions from the visitors. For instance, in a response to the question of when one shouldn’t attend UT Austin, one grad student said that if someone gets in “top four” schools (Berkeley, Carnegie Mellon, MIT, and Stanford), that person should pick one of those over UT Austin, which is currently ranked #8. Surprisingly, there was no talk/gossip of specific faculty members, e.g., “Professor X is really bad and should be avoided at all costs.”

After the very helpful Bull Session, we went out to dinner with the students to a pizza place. The food was great, but I did have to break the rules of my grain-limited diet (the same went for my time at the airports). Oh well.

The third day of GradFest was much more relaxed. I ate brunch and went on a campus tour. After the tour, I took the shuttle back to the airport and flew back to the northeast.

Overall, GradFest was an enjoyable experience and a welcome break from my typical schedule. My other three scheduled visits are in the middle of March, so stay tuned for additional posts about visit days.