Sorry for the delay in posting this entry. Cornell’s visit days happened on March 9-11, but as usual, I did not have much time to write about it until now, which corresponds to my long-overdue spring break.

Cornell did not give visiting admits the option to stay with graduate students. Instead, we were all assigned rooms in the Statler Hotel. Not only is this located right in campus, but it’s literally just a one-minute walk away from Cornell’s brand-new computer science building, called the Bill & Melinda Gates Hall. (Yes, sound familiar?) 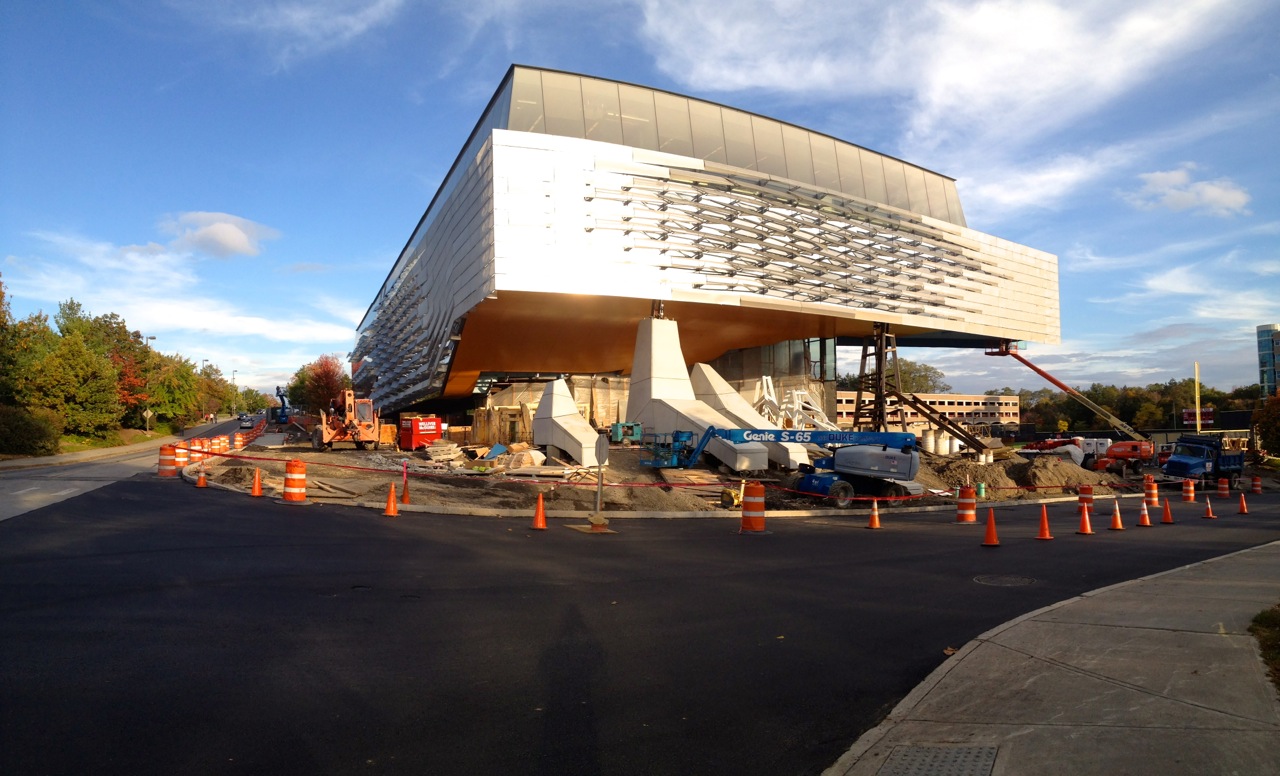 The first night proceeded as expected. The current and visiting students split into groups to go to dinner. Following that, students either played board games (this is what I did), went to a planetarium (I think that’s what it was…), or just went back to the Statler (this is what I probably should have done, based on my mountain of homework).

The second day, March 10, was filled with activities. The admits gathered in the third floor of Gates lounge to have breakfast. The department chair gave us a slide show presentation that highlighted some of the department’s strengths. Here is what I remember:

I didn’t have much time to relax afterwards, due to faculty meetings. At Cornell, I had meetings with seven professors, more than any other school I visited. That made it challenging to prepare well. I like being able to check professor’s websites so I can avoid asking redundant questions.

We also ate lunch in Gates Hall. Cornell had different lunches based on research area. I attended the AI lunch, which was a fairly standard buffet. About five AI-affiliated faculty members also gave brief talks about their research at that time. Following the AI lunch was a theory meeting, where the theory professors discussed their research.

I noticed that AI and theory were incredibly popular among the admits. Almost everyone visiting Cornell was interested in one of AI, machine learning, algorithms, or theory. I suspect that some of these AI/theory admits might have to switch to systems or programming languages research.

After the theory talks was the grad student panel. Visiting students asked the standard questions such as “what’s the worst thing about Ithaca?” and “what’s the living situation like?”. I’m not sure why people kept asking the former question, because the answer is always the same for northern schools: the cold weather.

I did ask one question: which professors are the most popular to hang out with socially, and which ones are the most well-known in terms of research? I probably should keep their answers to myself, but I think most outsiders can state the highest-profile faculty with enough Internet searching.

I had a little more time to relax before dinner, so I briefly chatted with other admits and students. Then it was dinner, where just like the previous night, we went out to eat at different restaurants. Afterwards, there was a “party” in the Gates Hall lounge, featuring ice cream and a ton of beer. I met more students and professors, including one current faculty member who graduated from Williams College. I think he thought I was a student at the University of Washington at first, since I wore my Williams jacket with a large purple W, which also correlates with Washington. During visit days, I met at least three students or admits who did their undergrad studies at Washington, so it’s definitely a place with solid representation at Cornell. Three admits also went to Harvey Mudd College. I believe there were no other current students or visiting admits from Williams except me, unfortunately.

Then I went back to the hotel room and turned in some late homework while briefly chatting with my hotel roommate.

The third day was fairly relaxed compared to the second day. There was an excellent brunch at the Statler Hotel featuring tons of fruit, bacon, and french toast (of course, I didn’t eat the french toast). I still had a few more faculty meetings to attend, and after that, I left, departing the hilly environment of Ithaca/Cornell back to Williamstown. Ithaca, by the way, seems remarkably similar to Williamstown.

Overall, it was another nice visit.