On the morning of August 10 (a.k.a. my birthday), I arrived in Sydney, Australia. It’s my first time in Australia. I am attending the Thirty Third Conference on Uncertainty in Artificial Intelligence (UAI). UAI is probably known in AI circles as the little brother of the ICML and NIPS behemoths, but it’s still a top-tier academic conference. I would say ICML and NIPS are the clear-cut top two conferences in AI, with UAI being “1b” to them.

The reason why I’m attending is that I am presenting a research paper, An Efficient Minibatch Acceptance Test for Metropolis Hastings, which was accepted there. I feel very fortunate to also receive the Honorable Mention for Best Student Paper award. (There are three awards given by this conference: one for the best paper, one for the best student paper, and one honorable mention for the best student paper.) I’ll be giving a talk on the fourth day, so until then I’ll just listen as much as I can. 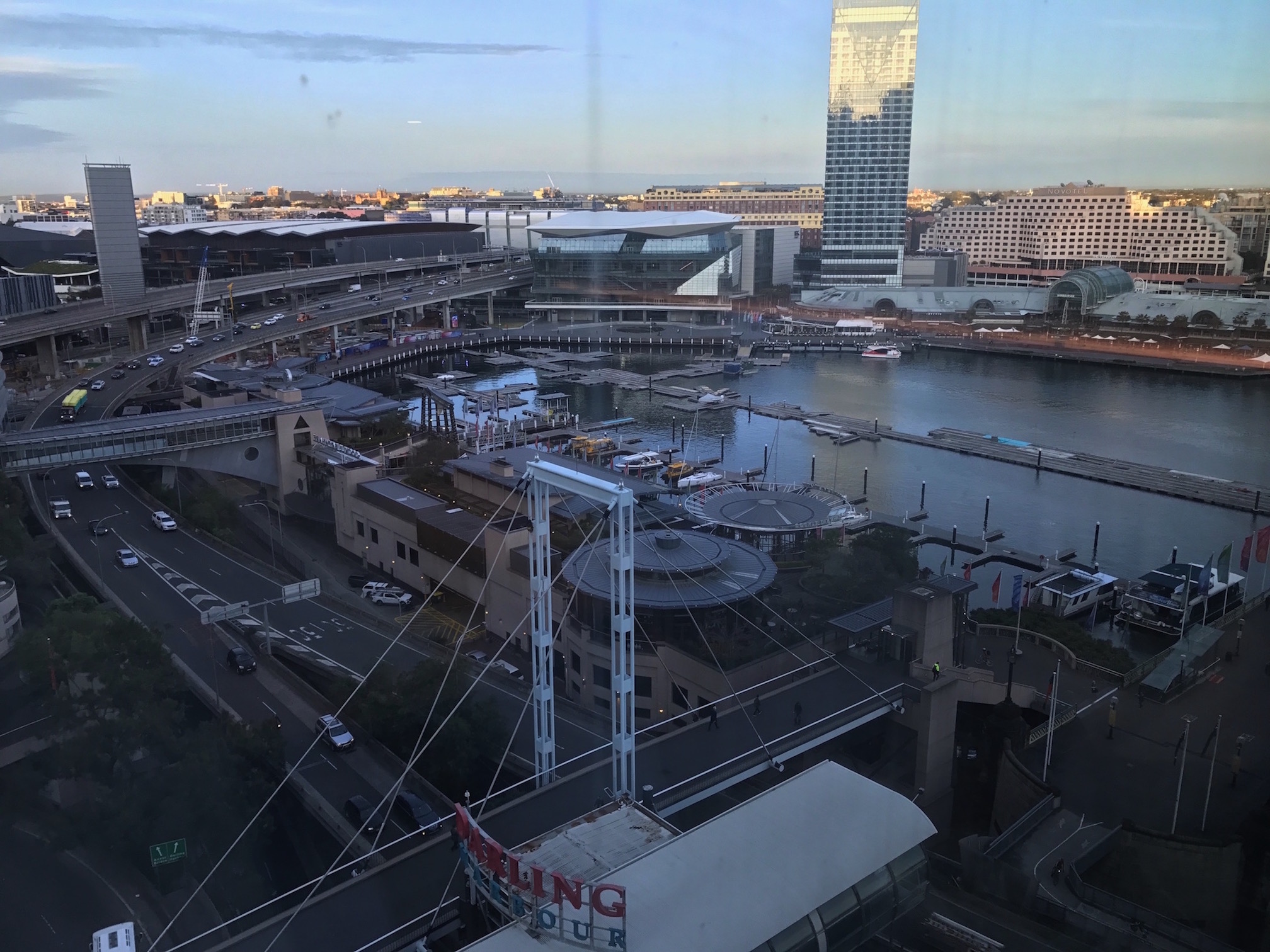 The lovely view of Darling Harbour from my hotel room. UAI (also ICML before that) is held in the building to the top center with the white cover on it. Sorry for the picture quality; you can tell it was taken through a window.

I got to the hotel sufficiently early on August 10 to relax for a bit, and you can see the excellent view above.

Though to be honest, I was a bit anxious and didn’t fully relax. August 10 was also the next-to-last day of ICML, and I was looking at Twitter to see all the tweets with the #icml2017 hashtag.

And … wow, ICML is crowded! Now, UAI isn’t going to be as crowded, but there will still be lots of people. This raises some serious concerns for me, in particular (a) how to find someone to talk to, given that in large groups, others are able to quickly find conversationalists while I resort to watching people talk, and (b) if I did find someone to talk to, how would I understand that person?

I didn’t come up with an immediate solution to this. On the other hand, I resolved to do something for the conference that I don’t ordinarily do, but which I should be doing more often:

I will never let someone — who is talking to me — get away with saying something that I don’t understand. I will ask that person to repeat what he or she says as many times as needed.

Is that clear? For instance, if I’m talking with another person about research and he says something which I can somewhat tell isn’t that important to understanding the gist of our conversation, I don’t care. I am asking him to repeat.

Let’s move on. I had a really good night’s sleep, sleeping from about 8:00pm to 4:00am in Sydney time. It pays to be judicious with drinking coffee. I drank a little bit of coffee to stay up as late as was reasonable. In the coming days, if I need to really adjust to Sydney time, I can simply stay up later and later. It’s much harder in my experience to force myself to go to sleep earlier and earlier. 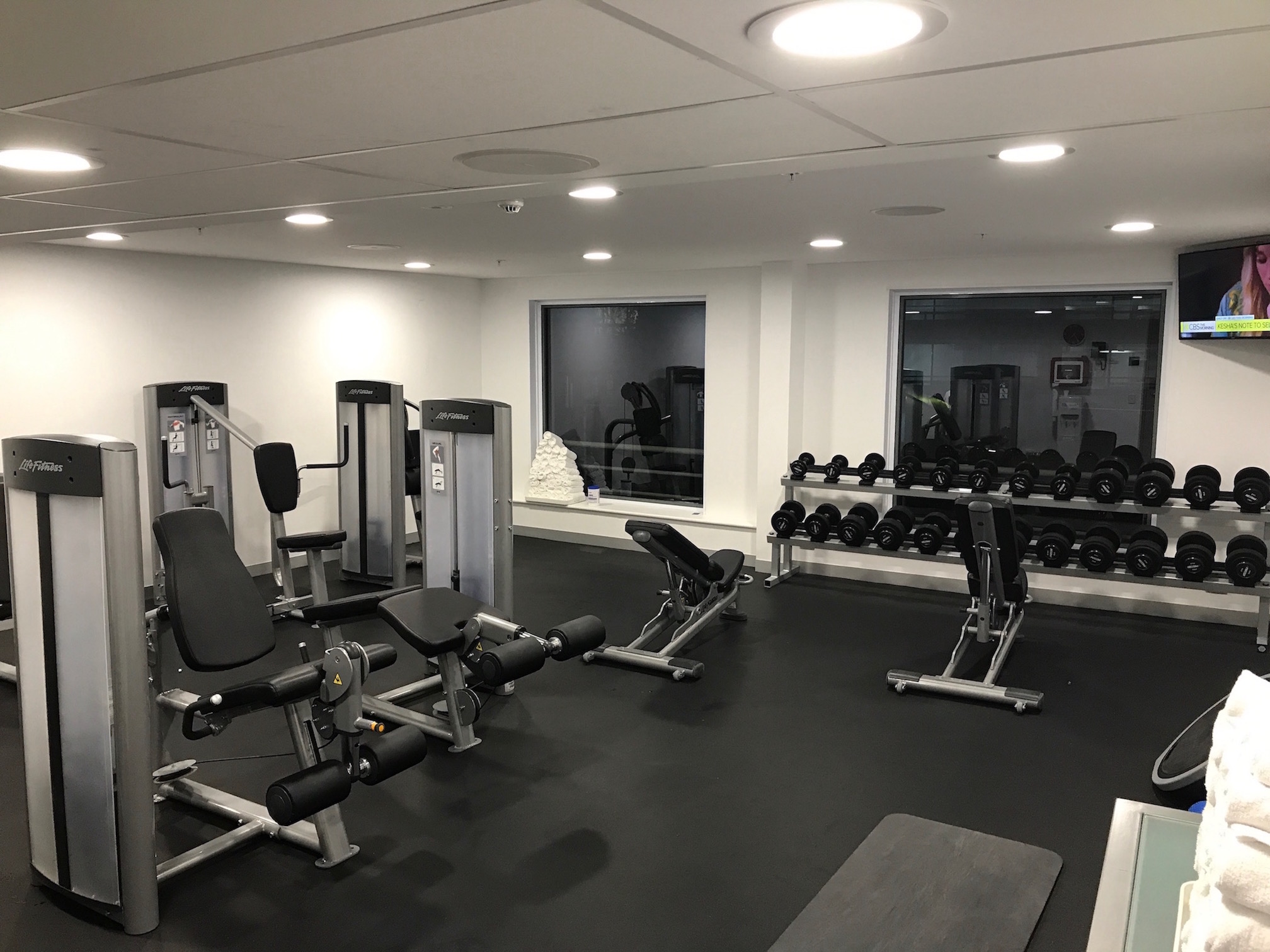 The gym at 4:30am. The news on the television was about ... Donald Trump and North Korea. Yes, even in Australia. To be fair, though, this is more relevant to global news than most Trump-related news. And anything nuclear warfare-related keeps me on edge.

I then had a great breakfast at the hotel’s buffet. The sunrise was pretty as I walked on the harbor: 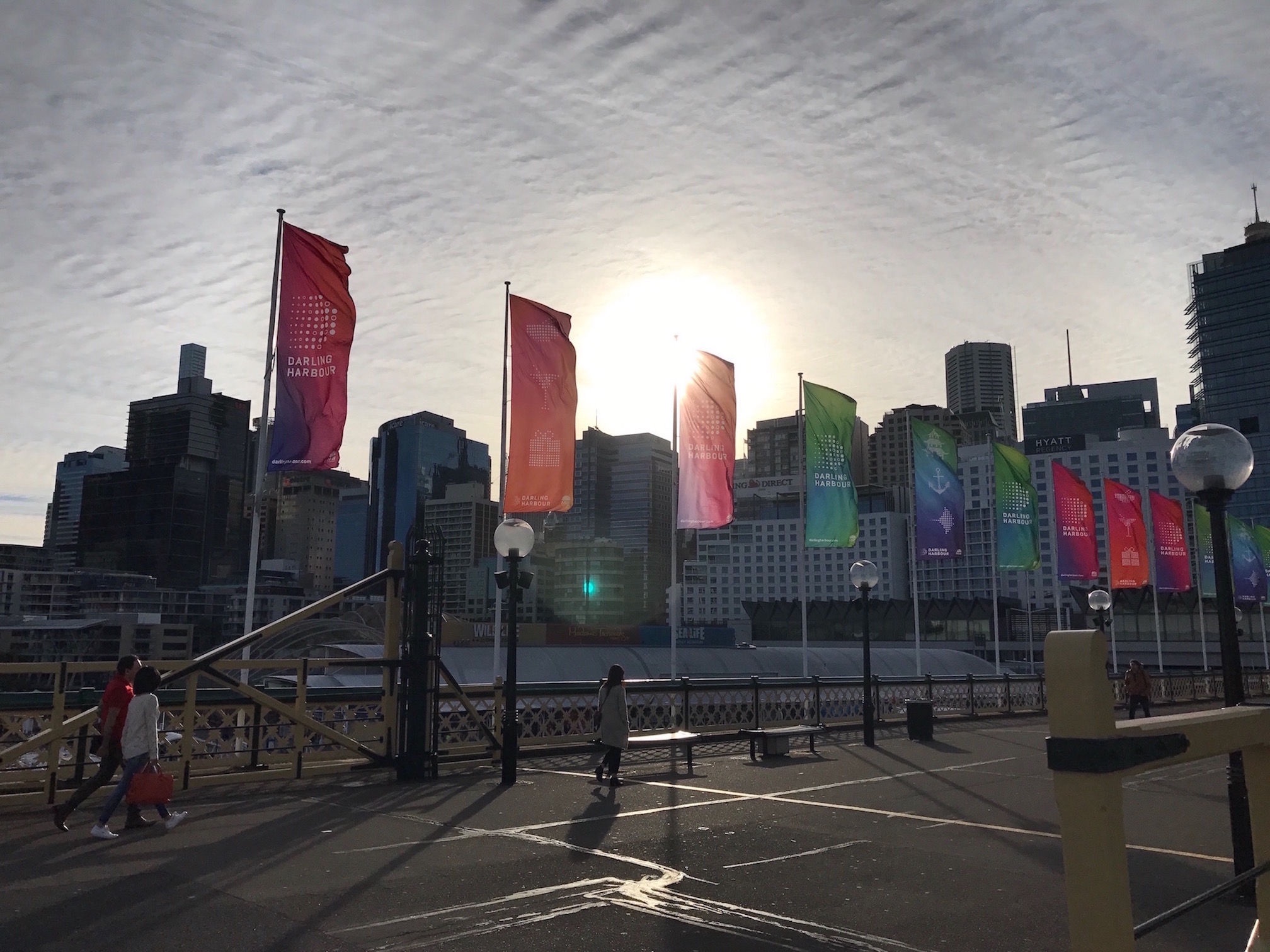 Viewing the hotels from the walkway on Darling Harbor.

All right … let’s begin the conference!!