To be clear, the Kaiser Permanente San Francisco half marathon is not the same as a separate set of San Francisco races in the summers. The Oakland Half Marathon is also technically the “Kaiser Permanente […]” but since there’s only one main set of Oakland races a year — known as the “Running Festival” — we can be more lenient in our naming convention.

All these races are popular, and the routes are relatively flat and therefore great for setting PRs. I would be happy to run any of these again. In fact, I’ll probably will, for all three!

In this post, I’ll provide some brief comments on each of the races. Note that: 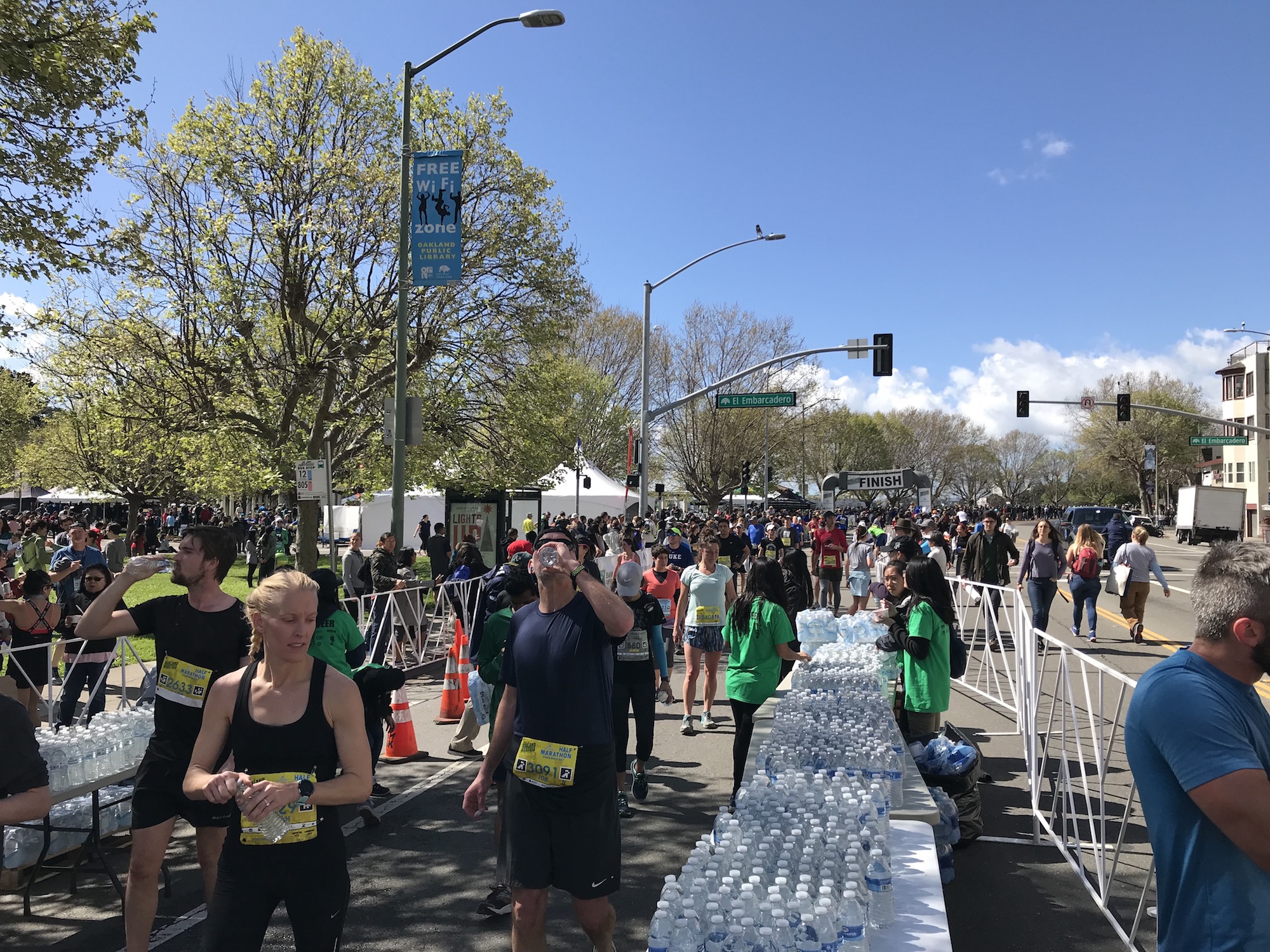 The finish line of the Oakland races (including the half marathon).

I’m really happy that I started running half marathons. I’m signed up to run the San Francisco Second Half-Marathon in July. If you’re interested in training with me, let me know.