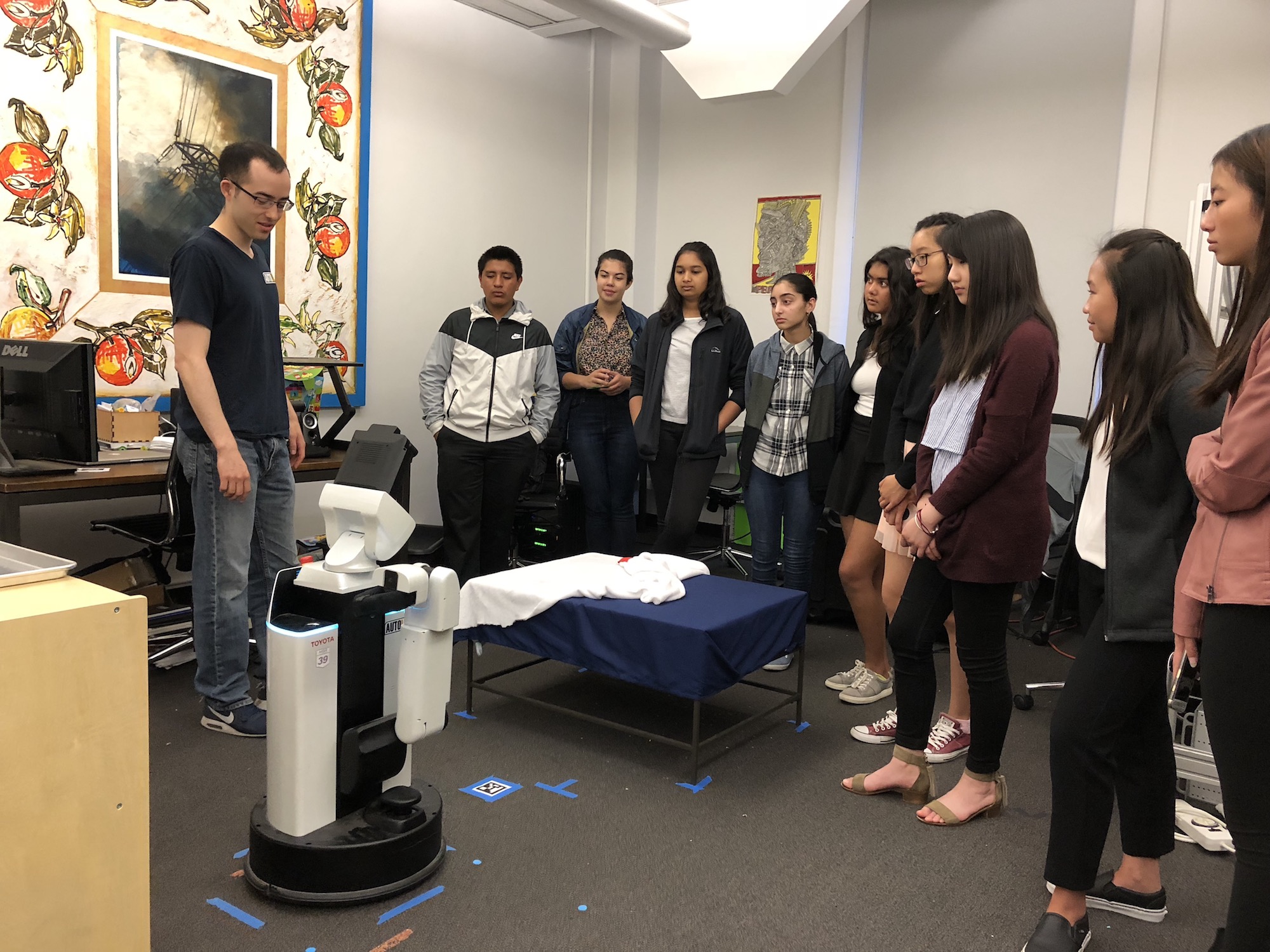 I, trying to inspire some high-schoolers with the Toyota HSR.

Last Friday — my 26th birthday, actually — I had the opportunity to give a brief demonstration of our Toyota Human Support Robot (HSR) as part of the AI4ALL program at UC Berkeley. I provided some introductory remarks about the HSR, which is a home robot developed by Toyota with the goal of assisting the elderly in Japan and elsewhere. I then demonstrated the HSR in action by showing how it could reach to a grasp pose on the “bed-making” setup shown in the picture above, and then pull the sheet to a target. (Our robot has some issues with its camera perception, so the demonstration wasn’t as complete as I would have liked it to be, but I hope I still managed to inspired some of the kids.)

Some context: the Berkeley-specific AI4ALL session is a five-day program, from 8:00am to 5:00pm, at the UC Berkeley campus, and is designed to introduce Artificial Intelligence to socioeconomically disadvantaged kids (e.g., those who qualify for free school lunch) in the 9th and 10th grade. Attendance to AI4ALL is free, and admission is based on math ability. I am not part of the official committee for AI4ALL so I don’t know much beyond what is listed on their website. Last week was the second instance of AI4ALL, continuing last year’s trend, and involved about 25 high-school students.

AI4ALL isn’t just a Berkeley thing; there are also versions of it at Stanford, CMU, and other top universities. I took a skim at the program websites, and the Stanford version is a 3-week residential program, so it probably has slightly more to offer. Still, I hope we at Berkeley were at least able to inspire some of the next generation of potential AI employees, researchers, and entrepreneurs.

On a more personal note, this was my first time giving a real robot demonstration to an audience that didn’t consist of research collaborators. I enjoyed this, and hope to do more in the coming years. These are the kind of things one just cannot do with theoretical or simulator-based research.