In this post, I build upon my previous one by further investigating fundamental concepts in Murray, Li, and Sastry’s A Mathematical Introduction to Robotic Manipulation. One of the challenges of their book is that there’s a lot of notation, so I first list the important bits here. I then review an example that uses some of this notation to better understand the meaning of twists and exponential coordinates.

Side comment: there is an alternative, more recent robotics book by Frank C. Park and Kevin M. Lynch called Modern Robotics. It’s available online and has its own Wikipedia, and even has some lecture videos! Despite its 2017 publication date, the concepts it describes are very similar to Murray, Li, and Sastry, except that the presentation can be a bit smoother. The notation they use is similar, but with a few exceptions, so be aware of that if you’re reading their book.

Back to our target textbook. Here is relevant notation from Murray, Li, and Sastry:

Let’s look at the example in the figure below to better understand the above concepts. 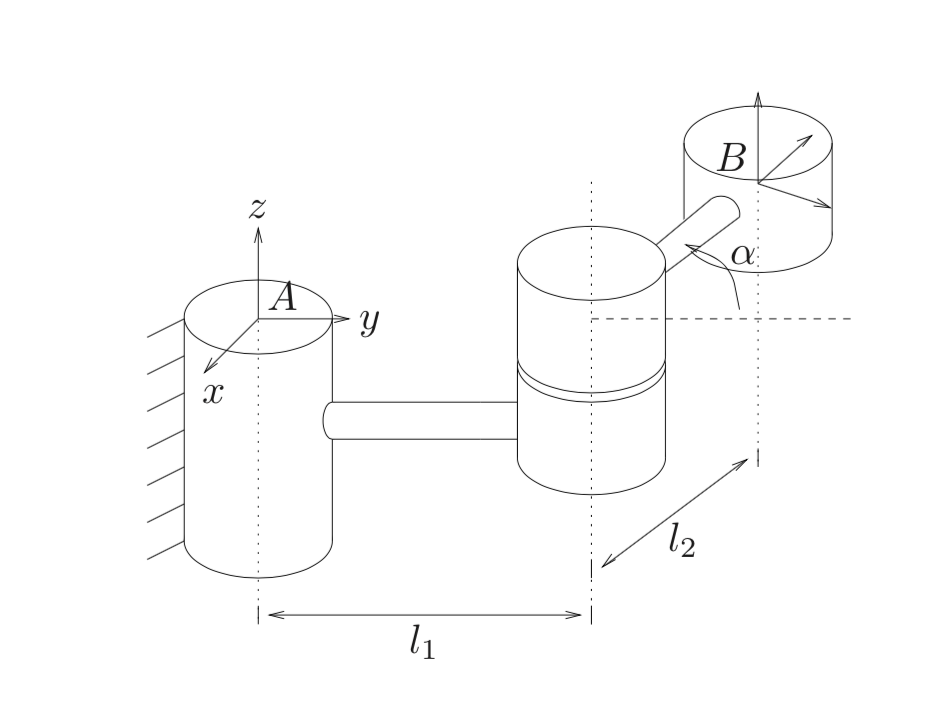 which follows the style from my last post: determine the rotation and translation components and then plug them in. Fortunately, the rotation is about the \(z\) axis, so \(R_{ab}\) is easy.

It turns out that every RBM can be expressed as the exponential of some twist \(\xi \in \mathbb{R}^6\). So let’s consider the following:

We conclude that our exponential coordinates which generated \(g_{ab}\) are