ICRA, like many academic conferences, schedules workshops and/or tutorials on the beginning and ending days. The 2018 edition was no exception, so for the fifth and final day, it offered about 10 workshops on a variety of topics. Succinctly, these are venues where a smaller group of researchers can discuss a common research sub-theme. Typically, workshops invite guest speakers and have their own poster sessions for works-in-progress or for shorter papers. These are less prestigious for full conference papers, which is why I don’t submit to workshops.

I attended most of the cognitive robotics workshop, since it included multi-robot and human-robot collaboration topics.

In the morning session, at least two of the guest speakers hinted some skepticism of Deep Learning. One, for instance, had this slide: 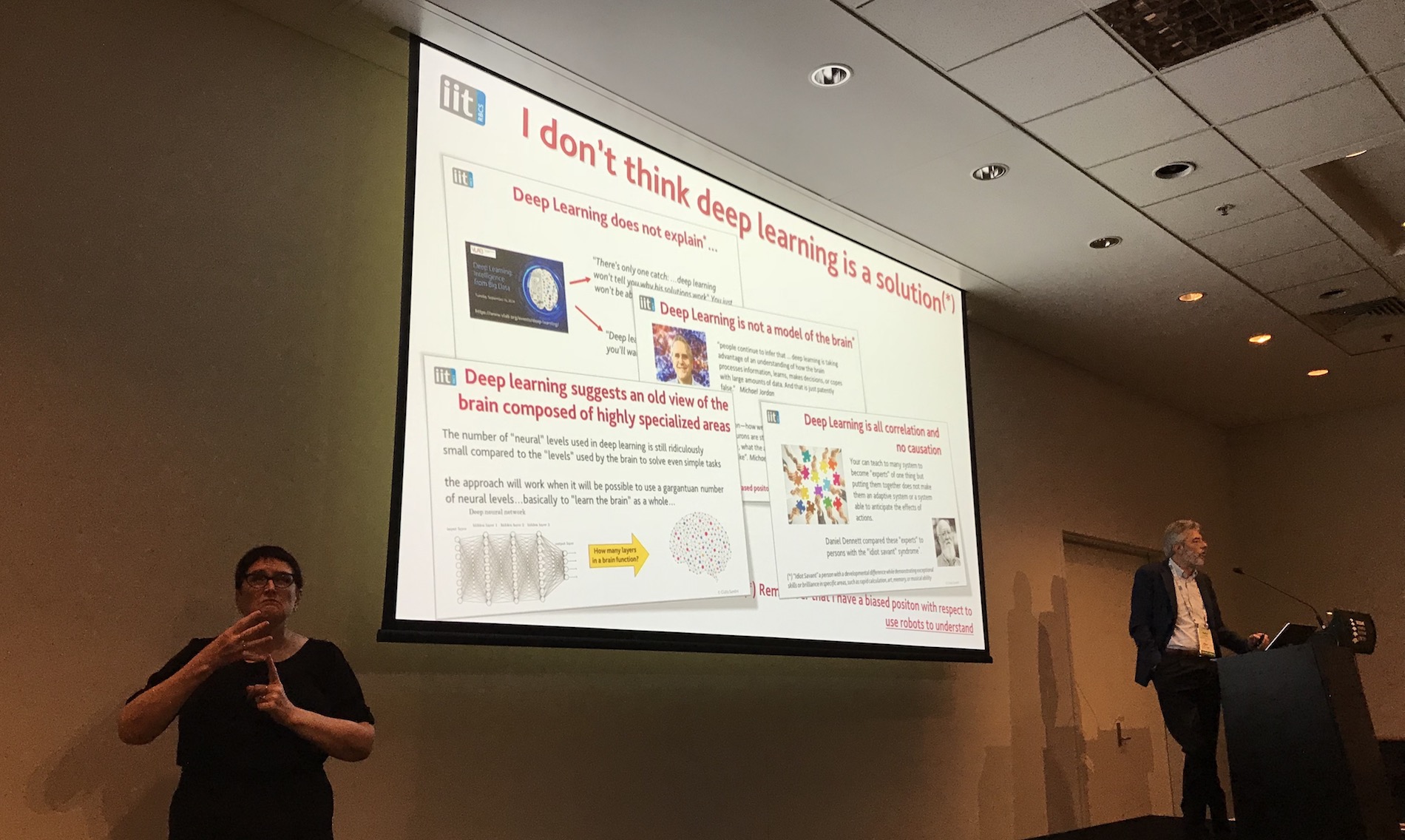 An amusing slide at the day's workshop, featuring our very own Michael I. Jordan.

which features Berkeley professor Michael I. Jordan’s (infamous) IEEE interview from four years ago. I would later get to meet the speaker when he walked over to me to inquire about the sign language interpreting services (yay, networking!!). I obviously did not have much to offer him in terms of technical advice, so I recommended that he read Michael I. Jordan’s recent Medium blog post about how the AI revolution “hasn’t happened yet.” 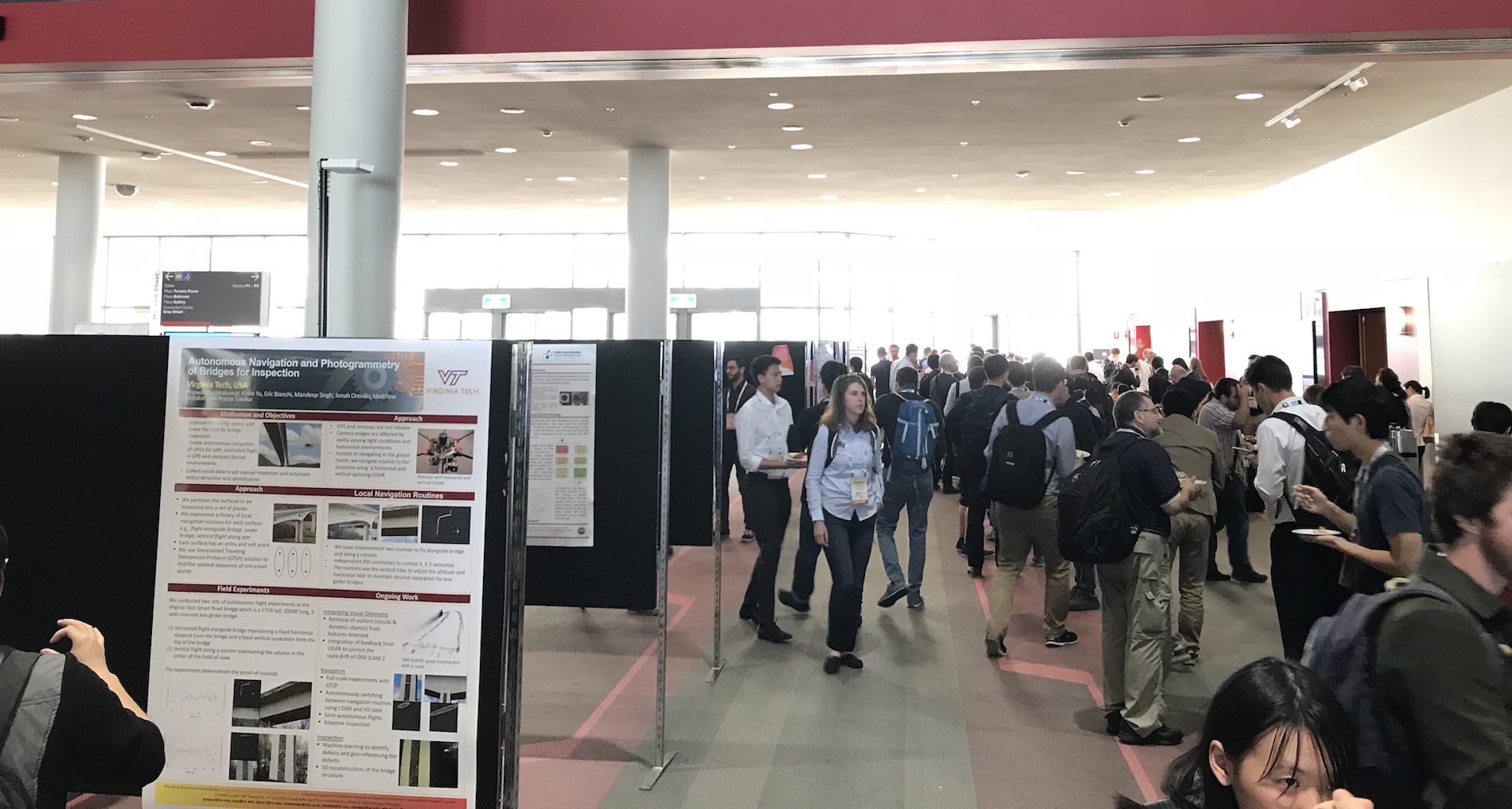 The workshops were located near each other, so there were lots of people during the food breaks.

I stayed for the full morning, and then for a few more talks in the afternoon. Eventually, I decided that the topics being presented — while interesting in their own right — were less relevant to my immediate research agenda than I had originally thought, so I left at about 2:00pm, my academic day done. For the rest of the afternoon, I stayed at the convention center and finally finished reading Enlightenment Now: The Case for Reason, Science, Humanism, and Progress.

While I was reading the book, I took part in my bad habit of checking my phone and social media. I had access to a Berkeley Facebook group chat, and it turns out that many of the students went traveling today to other areas in Brisbane.

Huh, I wonder if frequent academic conference attendees often skip the final “workshop day”? Just to be clear, I don’t mean these workshops are pointless or useless, but maybe the set of workshops is too heavily specialized or just not as interesting? I noticed a similar trend with UAI 2017, in that the final workshop day had relatively low attendance.

Now that the conference is over, my thoughts generally lean positive. Sure, there are nitpicks here and there: ICRA isn’t double-blind (which seems contrary to best science practices) and is pricey, as I mentioned in an earlier blog post. But as a consequence, ICRA is well-funded and exudes a sophisticated feel. The Brisbane venue was fantastic, as was the food and drink.

As always, I don’t think I networked enough, but I noticed that most Berkeley students ended up sticking with people they already knew, so maybe students don’t network as much as I thought?

I also have praise for my sign language interpreters, who tried hard. They also taught me about Auslan and the differences in sign language between Australia and the United States.

Well, that’s a wrap for ICRA. It is time for me to fly back to Vancouver and then to San Francisco … life will return to normal.